This paper is made from the same material as the laundry paper tag. This paper does not disintegrate when washed, so you can use it for outdoor purposes where rain is a concern, near plants that are watered in gardens or on farms, or in areas such as the kitchen or bathroom. And you never have to worry about what will happen if you accidentally leave it in your pocket when doing the laundry! 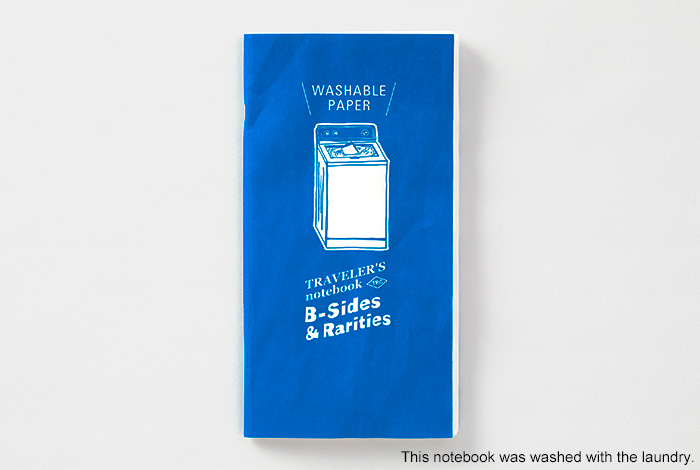 This notebook was actually washed in a washing machine. The paper is wrinkled like a freshly washed shirt, but you can still use it as a notebook. 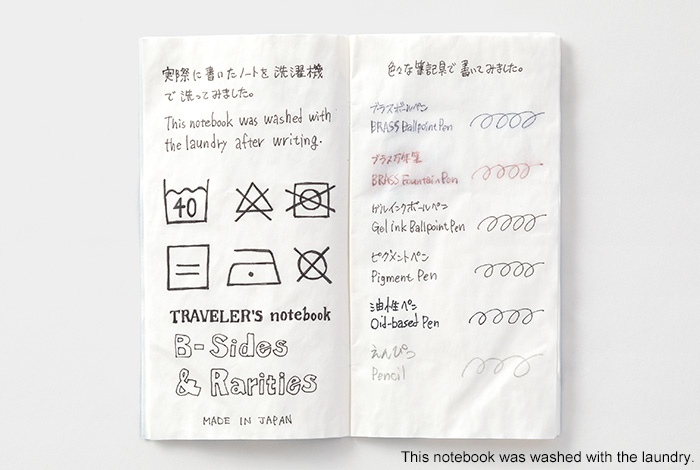 This page is washed after writing in notebooks with various writing instruments. The colors fade with water-based dye inks, but with pigmented inks, they hardly seem to come off even after washing. 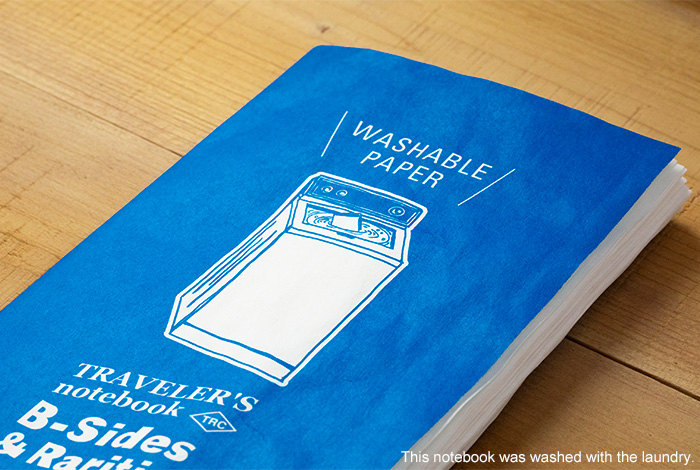