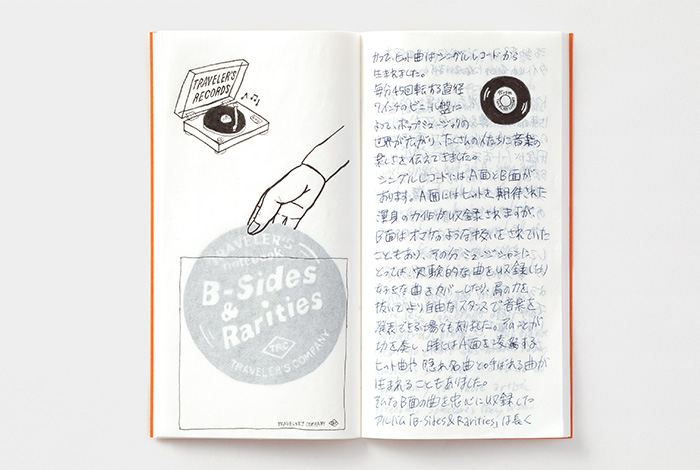 All the pages in this refill are tear-out message cards. Letterpress printing is used to print traveling icons with messages like “Have a nice trip!” on the front and a frame on the back. Keep these in your TRAVELER’S notebook and give them to people to express gratitude or kind wishes.

The paper in this notebook is even thinner and lighter than our Lightweight Paper refill. The paper itself does not allow for oil to penetrate easily, so it is hard to smear when using a fountain pen. The letters on the back of the page will show through a little because the paper is so thin, which adds a unique look to the enticingly crisp paper. 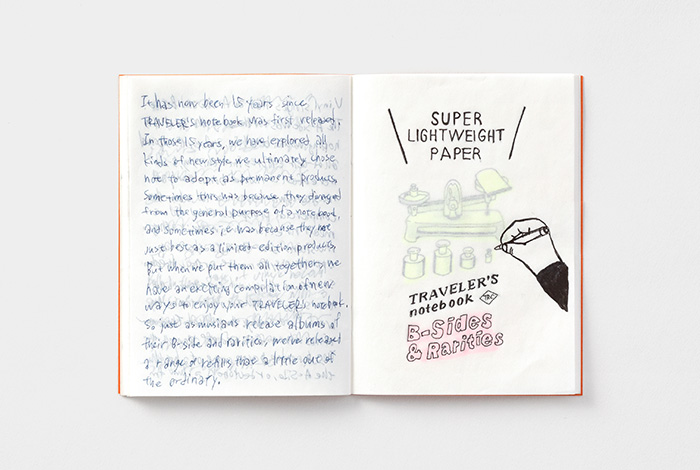 The letters on the back of the page will show through a little because the paper is so thin. Please find interesting ways to use this transparent characteristic.