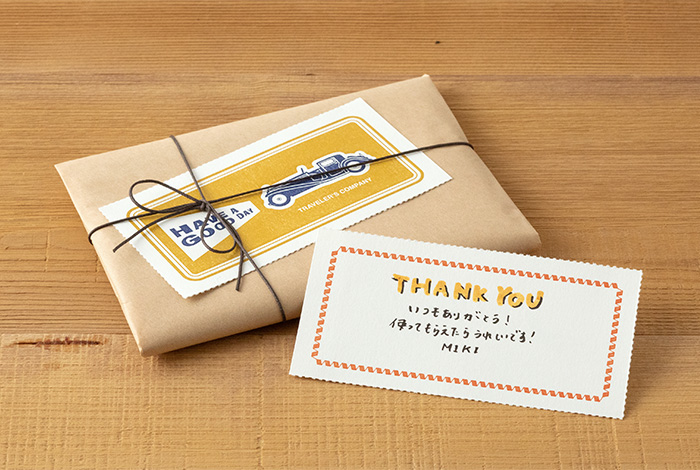 All the pages in this refill are tear-out message cards. Letterpress printing is used to print traveling icons with messages like “Have a nice trip!” on the front and a frame on the back. Keep these in your TRAVELER’S notebook and give them to people to express gratitude or kind wishes. 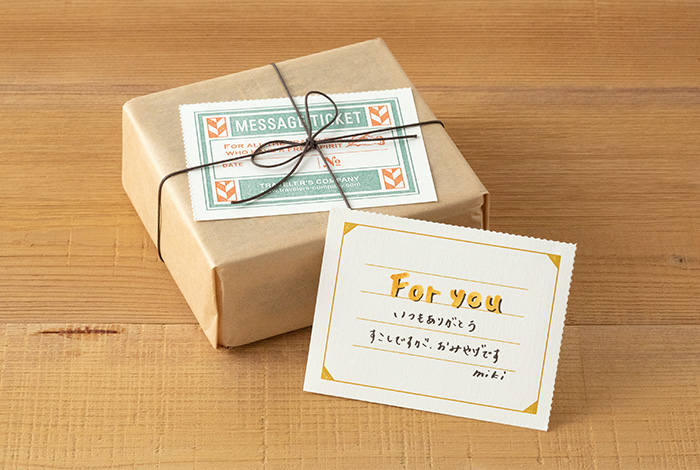